A Guide to Wedding Processional Orders

Surely there’s only one way to walk down the aisle, you think. Well, think again. A wedding may seem like it’s all about venues, flowers and cake, but remember you do actually have to get down the aisle itself! Your wedding processional order shouldn’t go un-thought about. Depending on your culture and religion and that of your spouse, you have a few different options: Consider Your Options 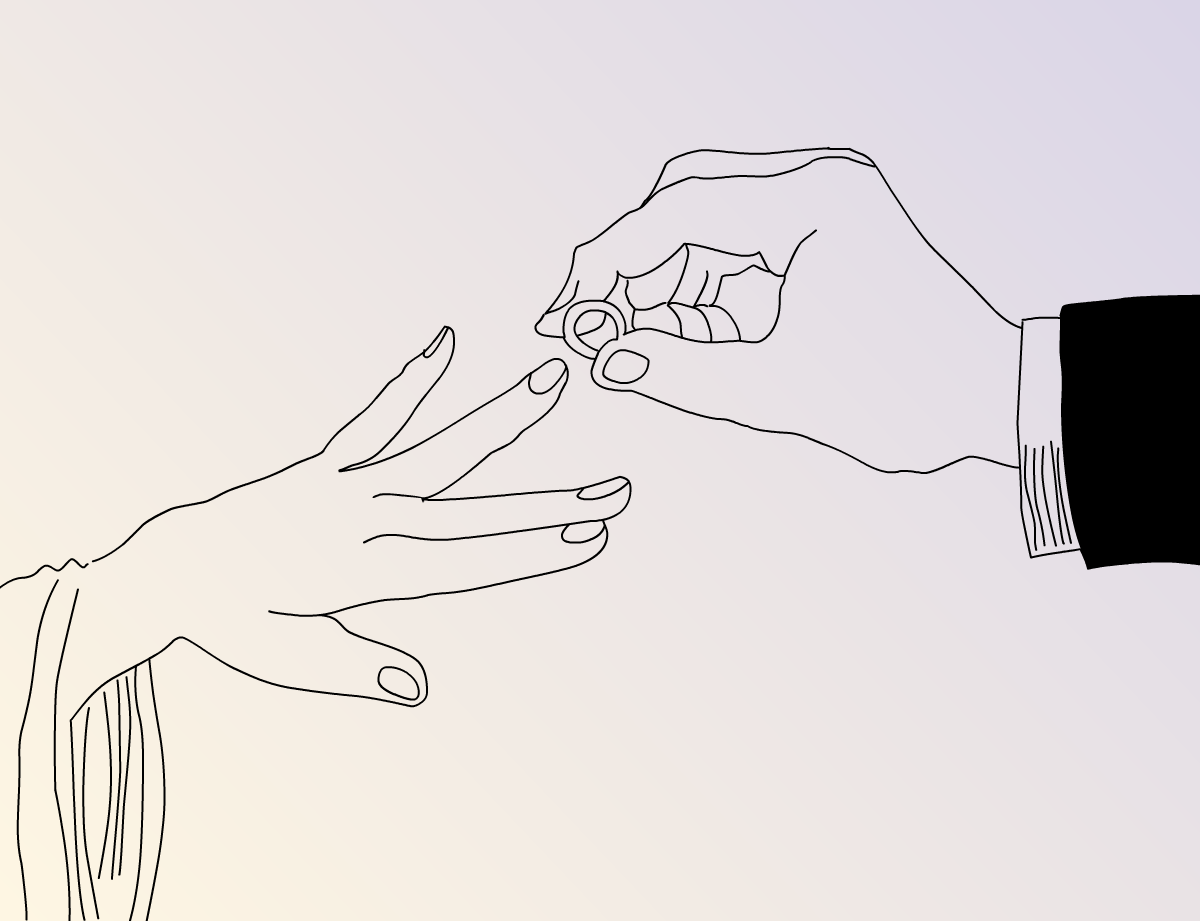 In a traditional Christian ceremony, the groom’s parents are the first to walk down the aisle. They will take their seats after all guests, before the mother of the bride.

The next person to enter is the mother of the bride, to be seated in the first row on the left side, before the officiants, groom and best man take their place at the altar to await the bride. If you’d like, have her escorted by a son, son-in-law or relative.

The officiant enters after the mother of the bride, and takes their place at the altar.

Then the groom and best man enter together to stand at the altar.

After the groom and best man enter, the bridesmaids and groomsmen enter, individually, in pairs, or in groups of three, and take their places on the left and right side of the altar respectively.

Following the groomsmen and bridesmaids, the Maid or Matron of honor walks down the aisle alone.

If using a Flower Girl and/or Ring Bearer, they can walk down the aisle together or alone. Last, the bride enters, escorted by her father (or whomever is giving her away), walking on his right side.

In the ceremony itself, the bride stands on the left and the groom on the right.

Jewish ceremonies can differ depending on the service, but here is an overall guide to the wedding processional order:

First, the rabbi and cantor will either walk down the aisle or enter the room from the side and take their places at the altar.

Then, the groom enters with both of his parents, with his father on his left arm and mother on his right.

After the groom, the maid or matron of honor walks down the aisle on her own.

If children will be present as flower girl and/or ring bearer, they can enter together or on their own ahead of the bride and her parents.

Last, the bride enters, escorted by her father on her left arm and mother on her right.

The wedding takes place under the chuppah, where the bride and groom will stand with their parents and best man and maid of honor during the ceremony. Grandparents are seated in the first row after they walk down the aisle. Bridesmaids and groomsmen can either stand to the sides of the chuppah or be seated in the first row during the wedding ceremony.

If you are having a Hindu ceremony, you are likely already familiar with the wedding traditions expected - and pretty excited about them. It’s important to note that Indian weddings are not always necessarily Hindu weddings and, particularly with Indian diaspora, may intermingle elements of different faiths and cultures.

In a Hindu wedding, the groom’s procession kicks off the party. He arrives on a decorated white horse as guests dance around him. The bride and her family greet him, and the bride and groom exchange garlands to show their acceptance of one another.

After the procession, the bride and groom, the bride’s parents, and the priest will sit together under a mandap (similar to a Jewish chuppah.) The bride’s parents give her away, and then the groom and bride join hands to circle around the enclosed flame known as the agni. Then the couple takes the seven steps as they make their vows to one another.

Muslim wedding ceremonies vary widely based on region and cultural family traditions, but at the core of them all is the Nikah, Whether or not you choose to mix in traditional Western elements to your wedding, the Nikah, the signing of the marriage contract remains the same. Traditionally, men and women are seated separately for this ceremony, with women taking their place around the bride and men with the groom. The officiant will usually appoint the bride’s father to look after her interest, then start the ceremony by saying a prayer from the Quran. Then the groom seeks the bride’s consent for marriage by presenting the Mehr, a dowry. During this time, the bride and groom will not be able to see each other. The officiant will ask bride and groom to affirm their consent to marry three times by asking them to repeat “Qubool Hain.” Then the marriage contract is signed, observed by at least two people from both the bride and grooms’ side. After the vows are recited, the elders give their blessings to the newlyweds. You may choose to go more traditional with the pre and post-wedding ceremonies.

If you are having a same-sex ceremony, or a civil, non-religious wedding ceremony, you can pick any wedding processional order you want. Pick and choose the elements you’d like to keep from religious or personal preferences and apply them as you like!

If you’re having a military ceremony, you can adapt it according to your faith or create a wedding processional order reflecting their military identity.

The 10 Questions You Should Ask A Wedding Venue Before Booking